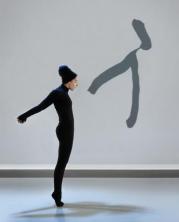 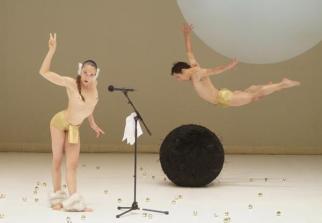 The international reputation of the Compagnie Marie Chouinard is the result of twenty-eight years of work by Montreal artist Marie Chouinard. Now a fixture on the world’s major stages and festivals, the company has its roots in Chouinard’s first creation in 1978, the soloCrystallization. This piece, which immediately earned her a reputation for originality, was followed by over fifty choreographic productions, action-performances, vocal works, installations and films, in which she refined her lifelong interest in formal research and the human body. From 1978 to 1990, Marie Chouinard performed alone throughout the world, developing a personal language with a universal resonance.

In 1990 she formed the Compagnie Marie Chouinard. In the works she has created since then, the choreographer has explored the poetics of the body in immediate, intelligible and ever-surprising ways. Each new piece is an odyssey through the history of humanity, while avoiding the chronology or linearity of a narrative. In work stripped to its bare essence, a theatrical, quasi-operatic effect is achieved, the elements of “living art” brought to the fore through various techniques of composition and staging. The dancer is presented as a singular entity, a being constructed before our eyes, whose rhythmic configurations are broken down into micro-divisions, analogous to the fluctuations of verbal communication. Although her works may be perceived as provocations, they are better viewed as pathways towards freedom and compassion, where humour is possible and Eros omnipresent. The architecture of the cosmos, the inner intelligence of the body and the inexhaustible complexity of its articulations and mutations harmonize in formally accomplished constructions in which style and substance are in perfect resonance.

Since its creation, the comany has presented over 1000 performances everywhere around the world. The company receives invitations from the world’s most prestigious theatres and festivals. The COMAGNIE MARIE CHOUINARD obtains co-productions with some of the greatest names of the world of arts: the Biennale de Venise, the ImPulsTanz-Vienna International Dance Festival, the Théâtre de la Ville in Paris, the Gulbenkian Foundation in Lisbonne, Movimentos Festwochender Autostadt in Wolfsburg, Fondazione Musica Per Roma in Rome, as well as Festival TransAmériques and the Place des Arts in Montreal, or the National Arts Centre in Ottawa. The company often has the honour to open or to close festivals, and it is regularly invited to present more than a piece from its repertory. Fifteen years after its creation, for instance, the masterpiece The Rite of Spring is still presented. Another work by Marie Chouinard, 24 Preludes by Chopin, became part of the National Ballet of Canada’s repertory in 2008.