“The world seems to be looking for the big solution, which is in itself part of the problem, since the most effective solutions are both local and systemic.” 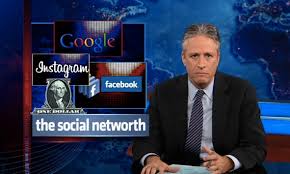 Forty years ago, in “Diet For A Small Planet,” Francis Moore Lappe proposed that simply by adjusting our carnivorous feeding habits, the human population of Earth could achieve a harmonious balance with resources. Half a century ago, Buckminster Fuller was promoting his vision of a Dimaxian world where technology served the greater good, and we should be “thinking global and acting local.” Bill McKibben is among the many thoughtful, passionate and imaginative writers who have traveled paths that could lead to brighter futures.

Books, articles, films, video and photography offer a treasure trove of creative material to strengthen the case for sustainability and community. As the technology has made capture and production radically more accessible and affordable, cable and on-line services join word processing programs and miniaturized quality cameras to document events.

Made the case for global warming and climate risk

the roots of a movement combining sustainability and social justice

presenting the contradictions between a global market economy and traditional values, each of which if followed out to their logical conclusions will produce catastrophic results. Written 20 years ago, it remains a wake-up call mostly ignored.

Appealing analysis of what’s wrong with capitalism, based on Euro practice, and positioning human society and cooperation as healthy alternative. Conceptual base for Economy for the Common Good.

utop1an society in the Northwest

VIDEOS that relate to the varied aspects of Exemplars:

2. “Return to Agua Caliente” is a compelling story of town which through a few well-chosen initiatives survives and grows through tough times over a span of almost fifty years. (38 minutes)

3. “A Model That Works” is about an organization dedicated to community health through continuous innovation.(16 minutes)

4. “HUB Matters” presents the lively, collaborative working environment of the Impact HUBs, which bring together entrepreneurs committed both to profitability and sustainability in dozens of sites on every continent (42 minutes)

5.”The Great Dessie Marching Band & Other Stories” is a lyrical montage of images set to music from the early days of the Peace Corps (15 minutes)

6. “Questions Instead of Answers”  is a one hour black and white film about the realized potential of black education through a radical revision of the relationship of authority to learning. By engaging student curiosity, a generation of Afro-American youth at thirteen southern colleges were inspired and educated. Nat Hentof called this “the best film on education I’ve ever seen.”

MUSIC FOR AN EXEMPLARY PLAYLIST

Nina Simone, “I Wish I Knew How It Feels To Be Free”

David Munyon, “The Other Side Of Harlem”

US3, “Caught Up In The Struggle”

Dan Fogleberg, “Blind to the Truth”

Bob Segar, “The Fire Down Below”

Chris Williamson, “Song of the Soul”