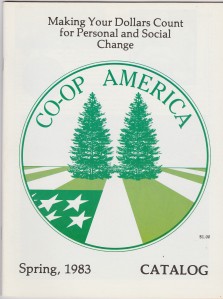 For this first Blog, I turn to a story that begins like this:

Queen Hera has convened a noisy and contentious cohort of Goddesses on Mount Olympus.

Hera: “Girls, ladies, simmer down.” As they settle, she continues, “On the occasion of the vernal equinox, as we enter the season of renewal, the disturbance of climate equilibrium is upon us. It behooves us to look with fresh eyes at our interface with mortals.”
Artemis objects: “They broke it. Let ‘em fix it.”
Hera sighs: “Yes, dear, I get impatient, too, but abandoning them to their fate is a weak argument when we stand in the wings as fate incarnate. So let’s get down to business: Staying current with their transactional innovations is proving beyond us.”
Athena nods: “I can barely keep up with the language, much less what it means. Tweets and twitters seem a dumbing down, and blogs sounds like something that crawled out of a swamp.”

ACT ONE, SCENE ONE: Curtain up on choir of goddesses
Choir sings:
Life and death, immortal soul
Each seeks a preconditioned goal
Time and space are surely one
As around the clock we run
Persephone sings:
I don’t think we can escape
From eternity
As I travel ‘round the universe
I keep running into… me

Persephone arrives on Mt. Olympus in an obsidian chariot, drawn by four matched griffins.
Hera waves to her: “Ah, Persephone, welcome the spring! It’s so good to have you among us again. We’re discussing mortal-deity relations amid the new technologies. Do you have any insights about our demonic brethren that might be useful?”
The Queen of the Underworld bows to Hera.
Persephone: “Oh, it’s the same old, same old: provoking misery and negotiating contracts for the souls of departing mortals. Problem is, what to do with them? These days, what’s so special about swimming in a river of shit, when half the world’s cities suffer from toxic pollution?
“Even my Lord and husband, Hades, is so disgusted that rather than the tantrum he usually throws when it’s time for me to leave, he just waved a limp hand and sent his regards.
“As for Satan, he’s taken to riding around in a luxed-up Wehrmacht Panzer tank, with his new favorite, Donald Trump, playing Rolling Stones’ songs when he isn’t encouraging oligarchs, autocrats and CEOs to excess. Mao is sulking till he gets equal status with Satan, and Hitler wants to make a mortal comeback, with his far-right minions organizing a Fourth Reich.”

Hera: “Thanks for reminding us that bad as mortals have treated each other and the environment, there are dark forces pushing them further.”
Kali: “There was a time when I believed creation and destruction were the matched soul-mates of the universe and their symmetry thrilling. Theoretically, I still do – but that’s no excuse for Ragnarök – by the way, where are the Norse Gods on this?”
Hera: “They’re locked in their ice castles, watching re-runs of that TV mini-series, “Vikings”. If the world ended, I doubt they’d notice.”
Demeter: “They’ll notice soon enough when their castles melt, though I suppose turning Earth into a burning Hell has a certain Gotterdammerung appeal.”
Isis: “I get that destroying the human habitat presumably has the unfortunate side effect of making our existence pointless. If we can broker another few thousand years of human evolution by tweaking technology, I’m all for it.”

Artemis nods: “Well then, I guess it’s up to us.” She draws an arrow from her quiver and skewers a passing fawn. “A reminder that the hunt is ruthless and there is no justice for the scales to balance unless humans respect it.”

Athena: “Ah, justice. Has it ever been more than a blind conceit?”

Aphrodite preening: “Might as well say ‘Ah, beauty’, which at least can be admired.”

Persephone waggles her toes in a small pool she conjures. With a flick of her wrist, she returns the fawn to life. It grazes at her feet for a moment, before remembering recent events. With a nervous look at Artemis, it bounds away.

The goddesses freeze, except for Persephone, who steps forward. “Of all the gods and goddesses humanity has imagined, I am, perhaps, the most bizarre. Underworld and overworld, standing for the dark and light, herald of the changing seasons governed by my regretful, forgetful mother, Demeter, trapped by a compact fashioned at the dawn of time with my husband, Hades – I am subject to conflicting allegiance, anticipating a resolution that may never come – and yet the quest goes on.
“Thus I stand before you, forever a girl, sometimes a queen, Persephone, with a tale to tell of Heaven and Hell.”

If you want to read the rest of that story, you’ll have to wait till I get it right. In the meantime, there will be other stories beginning next week and every week, as long as I last or as long as folks show interest. Blog may still sound like “something that crawled out of a swamp” to me, but let’s give it a whirl.

NEXT WEEK’S PREVIEW: Other Voices
On a Friday evening, in the early ‘80s, commuting between Washington and New Haven for the start-up of Co-op America, I was bumped off the 5:30 pm flight out of National Airport. There would be a four hour wait in the terminal. I was fuming. I could feel the bile rising, an invitation to indigestion, ulcers, colitis – a stupid waste of energy, not changing the circumstances one whit. I went off in a deserted part of the terminal and began doing T’ai Chi, seeking to gain peace and center. Well into the flow, I notice an old cleaning man approaching, pushing a bucket. My turn takes me in another direction, and I lose sight of him. Suddenly there is a voice speaking into my ear in a powerful, rich tone. It instructs simply, “More graceful…”

For your comments, and to subscribe for continued delivery, see below.

4 thoughts on “Notes in Passing: Blog Post #1 of a weekly exploration”